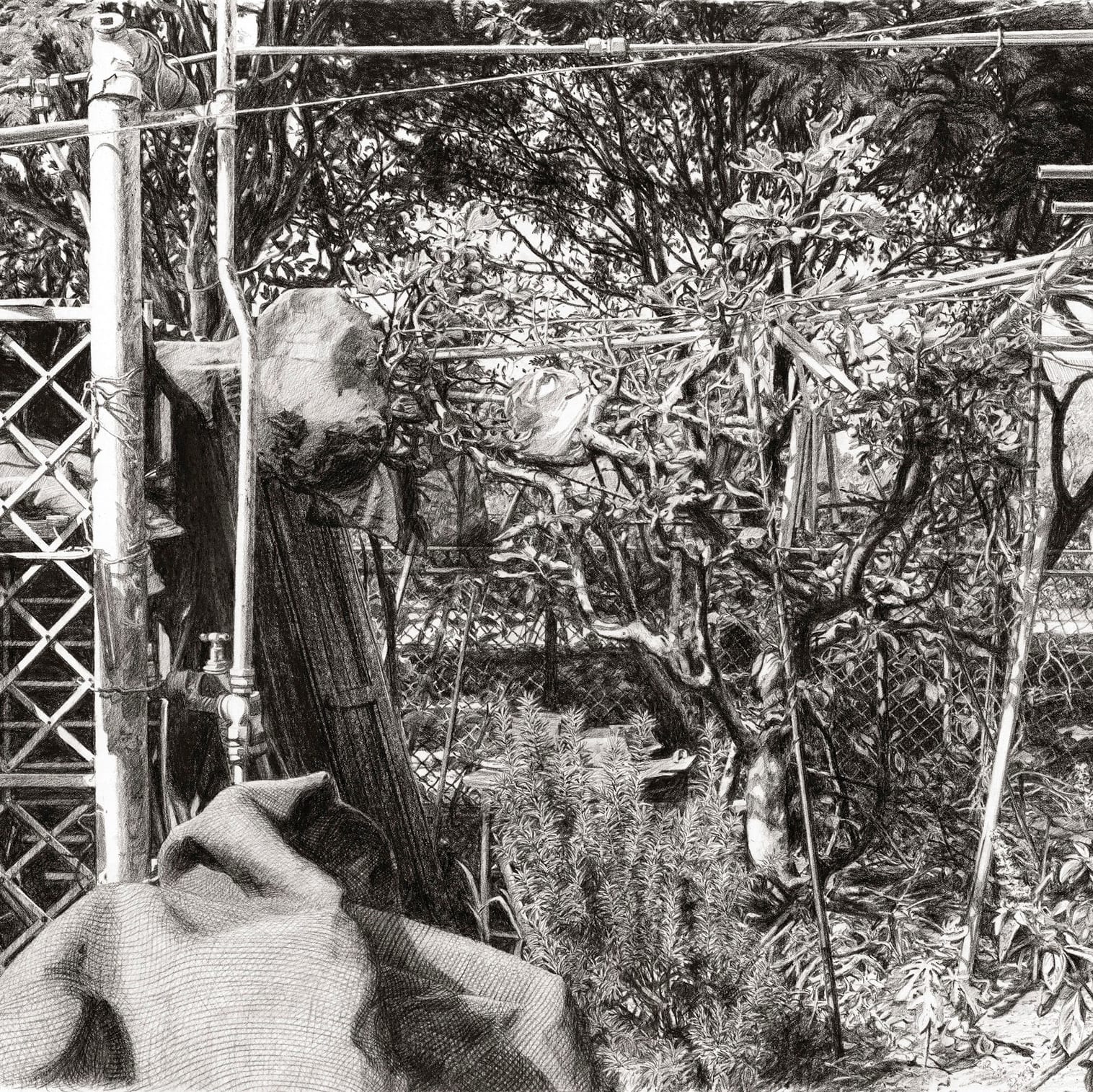 Standing on my toes at our back fence, I sometimes chat with my neighbour Maria. I love her garden, the chaos at the back, the organized garden beds, and the bright red geraniums that ring her clothesline. Maria and her husband came from Italy after the second world war and with many other European migrants, they settled in our inner city suburb New Farm (in Brisbane, Australia). Maria is over eighty now and finds the house and garden harder to maintain since her husband died a year ago. I have learned more about her since she has allowed me to sit and sketch. Everything in the garden from the shed to the climbing frames for the beans has been constructed by Maria and her husband. No material is wasted, everything is recycled, found and reused. When Maria dies, the garden, sheds, everything will be lost.

There is so much to draw, so much evidence of her and her husband’s life over the last sixty odd years.

Drawing makes me really look, allows me to think, and particularly when I am sketching in Maria’s garden, makes me realize how tenuous life and our surrounds can be.

Congratulations to long time member of ASAI, Jane Grealy of Australia, for winning the “Drawing from Nature” Category of the 2016-2017 ArchiGraphicArts competition. The international competition had 900 entries from 25 countries. Program partners of the competition include the Tchoban Foundation Museum for Architectural Drawing (Berlin), Moscow Union of Architects, Сhief Architect of Moscow Sergey Kuznetsov.

The jury was compiled from respected members of the architectural community.

Are you a member of ASAI and want to share news about an award you’ve received? Send us the information!